Here at the Oren farm you can see our Brazilian fig orchards and their cultivation according to the year’s seasons.
The fig is one of the seven species for which the land of Israel was noted and it has been an inseparable part of the scenery of the land of Israel since ancient times. The fig’s ripening season is relatively short, but supplies an abundance of fruit.
The fig is a cultivated deciduous tree, which reaches a height of 2–6 meters. It is a wide tree with white branches, a short trunk with gray, smooth bark.
The fig has large, thick, rough leaves that are hairy underneath and separated into 3–5 sections, like the fingers of a hand.
Here at the Oren farm the summer fig harvest takes place in June–July and the fall harvest in October–December.
Some people find that contact with fig leaves or branches irritates their skin. This is an external allergic reaction to contact with the hairs on the fig leaves or with the white sap secreted when you pick a leaf or cut a branch.
The fig is the first fruit tree mentioned in the Bible: ‘And they sewed fig-leaves together, and made themselves aprons.’
The fig is one of the seven species for which the land of Israel is noted and it is mentioned together with the vine dozens of times in the Bible and in Jewish sources it symbolizes peace and security: ‘Everyone under his own vine and under his own fig tree…’ (I Kings, 5: 5)

The fig, apart from being beautiful and sweet, is good for health and is regarded as a genuine ‘medicine cabinet’; Maimonides also relates to it in his writings.
It is a good source of nutritional fibers, which makes it easy to digest and it assists the sound functioning of the bowels. It is also a good source of calcium and potassium and it also provides the body with iron.
In folk medicine it is used to treat constipation, colds and problems of the digestive system, and the ‘milk’ collected from it is used to soften warts.

Some articles on the subject of the health benefits of figs: 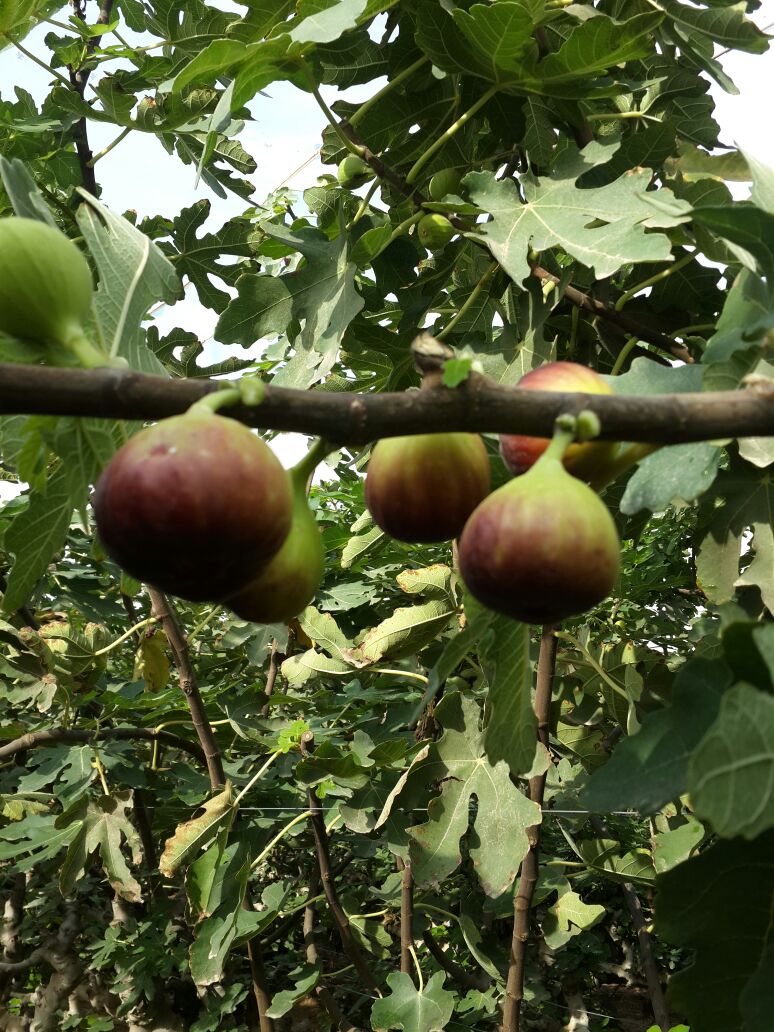